Before any inseminations could happen, Dan had to make a donation; that’s what they call it, instead of saying: giving sperm, semen or splooge.

Dan went to the office at The Fancy Clinic, where they had their own lab on the premises.

The Fancy Clinic was known in Los Angeles as sort of a celebrity doctors’ office. It was high end, high profile and, well…. fancy. It was supposed to be one of the top 10 Fertility Clinics in the country with a very high pregnancy success rate.

When Dan approached the lab, he saw a bald, older man who had one eye glued to a microscope.  We’ll call him Rolf.

Dan: Excuse me, I called before. I’m here to donate sperm for my friend’s insemination.

Rolf silently hands Dan a plastic cup and lid and barely looks up.

Dan: Um, where am I supposed to go?

Rolf got up, sighed and walked down the hall (still not speaking) and opened a door that led to a very small exam room. For such a fancy place, this room was like a bare closet.

Rolf lay a wee wee pad on a chair, pointed to a tiny old television, and then walked away.

Dan is a smart guy, he understood what he was supposed to do, but still, perhaps a little instruction or reassurance would have been nice.  Dan closed the door alone and was ready to begin, but when he heard a conversation happening in the hallway right outside the door.

Nurse’s Voice:  Hi Rolf. How are you this morning?  Didya get to taste those muffins yesterday? 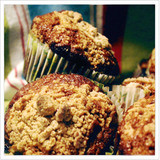 Dan tried to ignore this loud, distracting conversation. Hoping for some focus, he turned on the TV and was instantly bombarded with the image of a woman fellating a man.  He turned it off, repulsed.  It was not his style. Dan opened the door to the office and went back to Rolf who had resumed his microscope viewing.  The chatty nurse moved aside as she saw Dan coming.

Rolf was silent. He turned a little red.

Nurse: (making a face like I’d better stay out of this one) Seeya later, Rolf.

Rolf: (turning red with anger) No!  (He looked back to the microscope.)

Rolf:  It was stolen!  It gets stolen! (He shouted angrilly, as if it was Dan’s fault) That’s all! I can’t help you!

Dan walked back to the little room and tried to donate.  No luck. This was a pretty terrible atmosphere combined with some unwarranted hostility.  Dan didn’t know what he was going to do until, he saw a sign on the wall saying you could take the cup home, as long as the deposit was back within an hour.

So sweet of Rolf to mention it.

Dan told Rolf he was leaving to do his deposit at home.

“It has to be back within an hour,” Rolf said in a mean way.

Dan came back an hour later with his deposit. He walked up to the counter and handed a brown bag to Rolf.

Rolf: (barely looking up from his microscope) Fresh or Frozen?

Rolf: (Screaming with anger) AH! You are too late! I can’t take it! Come earlier next time!

Dan: Next time? (He holds up the paper bag with the deposit.) Are you kidding?

Rolf ignored Dan and continued looking in the microscope.

Dan: Please! It’s for my friend! She needs this!

Rolf: (Not looking up) Come back another time. Earlier!

Dan: What am I supposed to do? You said to come back within an hour. I didn’t know I needed to come earlier. Please take this.

Another man overheard the fuss. This was Henry who, also worked in the lab… but more in the blood lab.

Rolf: He’s too late! I cannot take it!

Dan: I was here earlier; I took the cup home and came back in an hour. No one told me I had to be back by a certain time.

Henry: Rolf, why can’t you take this from… what’s your name?

Henry: Rolf, why can’t you take the deposit from Dan?

Rolf: Because he’s too late. I have to eat my lunch!

Henry talked to Rolf and soon, Rolf takes the bag, whining like a child who has been punished.

Later, hearing the story, of course I worried about the integrity of the sperm.  Was Rolf going to sabotage my deposit? Was he going to put his best work into washing the sperm?   I’m not exactly sure what ‘washed’ sperm is, but that’s what they do to all deposits before they are … inserted

Well, whatever happened to Rolf’s lunch I don’t know, but the deposit was in the bank.  Was this the magic one? Would it be this one shot? Would this cup- that- almost- got- thrown -out -for- a- lunch -break be my baby?

This entry was posted in DAN, THE FANCY CLINIC, TRYING TO GET PREGNANT. Bookmark the permalink.