I guessed that at a place like TFC it’s standard practice to do this test so you don’t start doing inseminations or IVF before you know if the uterus and tubes are clear.
I know someone who had trouble getting pregnant for years, did this test, they found a polyp, had it removed and got pregnant right away.
I was getting better at going to The Fancy Clinic alone. I was starting to get a little stronger, maybe because I had to spend so much time looking out for my self, asking questions and getting answers.I didn’t feel as freakish as I did at first. I was so focused on my goal now; because I wanted my baby of course, but also because I was starting to dislike this place so much I needed to hurry up and get pregnant so I’d never have to see these people again .
Dan was in town and he wanted to come with me for my test. He wanted to make sure that I was being cared for, after hearing my stories. Dan and I sat in the lobby of TFC and as I looked around at all the couples, I felt sort of normal. I was pretty sure no one thought I was a single woman with my gay best friend/sperm donor.  I was happy Dan was there, but I realized, for the first time, that I really was OK without him there.
Linda finally came to the lobby to get me.
“If Evie cries, you know it’s OK, right?” Dan said to Linda.  “She is emotional and it’s okay for her to have her emotions.”

Linda smiled in her soft, passive way, and motioned for me to follow her.

“Crying is OK,” Dan repeated, “and it’s OK for people to be emotional and cry, right?”

“Of course” Linda finally answered as she led me to the test room.  “What a great friend,” Linda said to me as we walk down the hall.  It was the first time I felt that Linda wasn’t following a Dr.X Handbook on how to be a good little assistant. She actually seemed human.

I went in to the room where Dr. X was waiting. I was hopeful that I’d like him better today, but no such luck. H did smile and actually look at me, one time, but it was when he said that I should really do IVF (again) and I said, “Because I’m old?” and he said, “Well if your’e old, I’m old because we were the SAME age!” Smile.

Dr.X and Linda finished the test quickly. It didn’t hurt much and the results were all good. There was no blockage.

I went back into the lobby to pay. This test cost about a thousand dollars.

Then I told Dan that we should talk to Abby about all of the crazy lawyer and third party donor crap.

When I asked for Abby, I was told that Barbara was the person we should see today instead. I was sort of relieved. I felt like Abby didn’t know what she was doing.

A proper looking woman in a Christmas sweater came out. Her hair was short and everything about her reminded me of a librarian at an elementary school.  This was Barbara. She took us into the same office where I met with Abby.

“Abby went over all the paper work with me,” I said. “This is Dan, my third party donor.” I assumed I was using the lingo correctly.

“I’m having some trouble with the lawyers on this list.” I continued.  “And I don’t really understand why we need lawyers. Dan is my best friend. We are not in a relationship, but he will be a part of the baby’s life.”

“I’m gay,” Dan says, as he always does, with pride and information.

“But we are not co parenting,” I added.

Barbara stared at us as if we’ve told her we want to raise a monkey together. “Oh.” 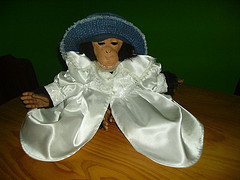 We sat for a few minutes and Barbara shifted through papers and made “hmmm,” sounds. “Riiiiiight, so…. You think this will work out?”

“What does that mean?” I asked her.
I looked over at Dan because I wanted to see if he was as horrified as I was. I feared she was judging my entire life’s decision. If this woman was about to tell me that she didn’t think this was a good idea. It’s not her place
to judge, is it?
“Well, ummmm…” is how she answered. I guess she thought better of continuing with her thought. She changed the subject. Too late. My blood was already boiling. “Dan will have to get a letter from a psychologist. Do you have this list of available doctors?” She held up a paper that Abby had given me.
Do all men who give sperm here have to get a psychologists note?” I asked
“No,” she said, “Most of them are married.” She was serious and a little righteous. “Dan you’ll have to get these tests…”
The tests include a sperm test and blood tests and infectious diseases tests.
“Yes,” Dan says, “I have that paper. Thanks.”

“OK,” Barbara says. “So, everything is in order.” She started to leave.

“Oh right,” Barbara said, sitting back down. “Um. I don’t know.” She looked pained and uncomfortable. “This is an unusual situation.”

I was really surprised. Was this so weird? Was my life so crazy strange? Was she telling me I was a freak? Doesn’t this situation sound kind of normal, as far as single moms go? Also, what about Will and Grace? Weren’t they going to have a baby on that show? I mean, really?! Why is this so weird?

“Dr. X said there were lots of single women trying to get pregnant here,” I managed to say.

“Yes, but they have sperm banks or 3rd party donors.”

“You have a known donor,” she says, “But those are usually husbands, who are just giving samples to use for IUI or IVF.”

Barbara pressed her lips together as if she’d been presented with a really hard Sudoku. “Well, if you’ve been best friends for so long, then why don’t you two just have sex?” 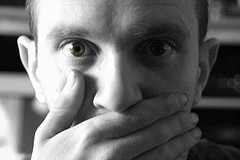 Silence.
No. She. Didn’t.
She had to be joking, but she just stared at us. She was serious.
“I’m gay!” Dan said, clearly as horrified as I am.

THIS is the best fertility clinic in Los Angeles?  The idea that someone who works in a place like this would say something so unprofessional, ignorant and intrusive, is appalling… especially when it comes as a result of her being baffled at her own job.

“OK,” Barbara said,oblivious at her own rudeness. She bumbled around and stuttered, “Well, why don’t I just treat you as a known donor then.”

“What does that mean?” I asked.

“You won’t need any of this.” She took the folder back.

I don’t have to get the legal documents?” I asked.
“No,” Barbara said, not making eye contact.

“I’m still going to do all these test,” Dan says, holding up the sheet of paper.

“OK, whatever you want,” Barbara says. She didn’t care anymore. She was done with us.

“Do I still need the psychologist letter?”

“No,” Barbara said as she stood up. She’s had been ready for us to get out of our office the second we walked in.

Dan and I stood up. “Will you make sure everyone here know this? Will you put it in my chart that Dan is a known donor, not a third party donor?”

“I mean, I don’t want there to be any problems.”

Dan and I left the clinic. “That was so annoying and weird,” I said.  “But at least we are done with that and done with Barbara.”

Aside | This entry was posted in DAN, PREGNANCY, THE FANCY CLINIC, THINGS PEOPLE SAY. Bookmark the permalink.