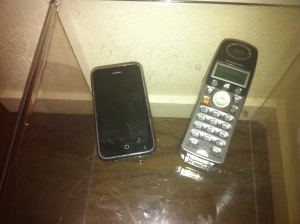 I had to tell Linda I wasn’t pregnant again.

I knew that Dr. X was going to tell me I HAD to do IVF. I had to make sure I had enough time…. if I was going to actually do IVF – which I really didn’t want to do and didn’t believe I really needed to do (but I’m not a doctor so…)

I called Linda and left a message for her to call me on my cell. I left the number.

That night when I got home, there was a message on my home phone.

The next day I called Linda and left another message for her to call on my home phone. I left the number.  She called on my cell, which didn’t get reception in my house.

I was confused. Was she doing this on purpose?

Was I leaving garbled messages?

Was she an idiot?

I finally decided to outsmart her… I told her to call me at home and sure enough, she called my cell!

When I told Linda that I wasn’t pregnant again she said, “OK, I’m sorry. Do you want to do another insemination?”

Dr. X was adamant that I needed to do IVF. Did he know his assistant wasn’t pushing his agenda? “I can just do another insemination?” I asked, “It’s OK with Dr. X?”

“Sure,” Linda said, “Whatever you want.”

I hesitated… what I really wanted was to do some complaining.

“OK… Um, I’m really frustrated,” I told her, “I feel like I’m getting lost here. Every time I have an appointment, no one knows why I’m even there. I have to explain everything to everyone, you know. And Rolf hasn’t gotten better. He’s still awful to Dan.”

“I told you this before, remember?” I said. I was actually impressed that she seemed to know who Dan was.

“I told you about the Rolf thing a few times…” I said. “He yells at Dan every time Dan brings his deposit cup. He tells Dan he is late, even if Dan comes exactly when Rolf tells him to come back.”

“That’s not right. You shouldn’t have to deal with Rolf,” Linda said.

We didn’t, so Linda was silent again.

“It’s just a big mess here at The Fancy Clinic. No one knows anything about anything,” I repeated.

“I’m sorry you are frustrated,” she said. “I understand things can seem overwhelming.”

“No,” I said, firmly, “Not overwhelming. Terrible. Disorganized. This is not about my feelings right now – this is about you guys. I am alone when I come here.  And not alone because I’m single, but alone like no one at the Fancy Clinic is helping me and watching over me. It’s like I’m new here every time I come. No one ever knows what’s going on with me. No one reads my charts.”

“I’m so sorry,” Linda said, “I’ll make sure things get better for you.”

I was so angry but I wanted to believe her. “Oh and also, I’ve been asking you to give me names of other single moms. Dr. X said there were many who might be willing to talk to me.” 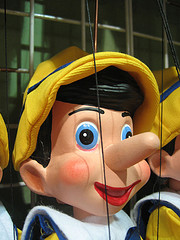 This entry was posted in THE FANCY CLINIC. Bookmark the permalink.