IN SUPPORT OF SINGLE PARENTS

I wasn’t planning on getting political in this blog, but I have to:

Mitt Romney is running for President of the USA and has made it known he believes a family should be a married man and woman; a married father and mother. This leaves me out. This leaves out gay moms and dads. This is bigotry.

I’m a Jewish woman living in Los Angeles. Before I was born, Jews and women both suffered unspeakably and still suffer from bigotry, hate and violence around the world. I have never experience real discrimination for being Jewish or for being a woman in my sheltered life. I am lucky. Other people faught for my freedom.

But now, being told my life choices are wrong, by a Presidential candidate, I’m affected directly and so is my son. My family is being discriminated against by Romney and he is encouraging the country to hop aboard his bigot train.

I have to fight back.

“He doesn’t mean you!” you might be saying – but he does.

He believes in a conventional married mom and dad family. Period.

During the first presidential debate this year, in a question about gun violence, Romney somehow steered his answer towards his married mother and father agenda, somehow blaming our violent youth on single parents  (ie moms.)

You should get married before having babies, is his message, while at the same time, wanting to get rid of Planned Parenthood, which is incredibly counter productive if it’s cutting down on single parents that he wants.

It’s not a Pat The Bunny world anymore. 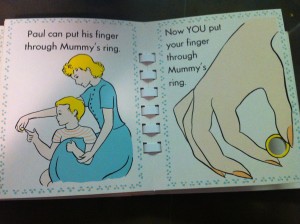 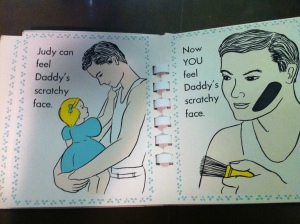 One of my favorite quotes from this debate was Sarah Silverman, “Mitt Romney is one of the most progressive thinkers of the 1950s.”

Romney is talking about me. Maybe he can’t point his finger and link me directly to gun violence, but he would be horrified by my CHOICE to be a single mom and that my child has a gay dad.  He does not want to celebrate the unconventional family, in any way.

He does not want the unconventional family to exist.

My 7 year old god-daughter was watching the debates with her married father and mother When she heard Romney talking about single moms, she turned red with rage. “That man just insulted my god-mother!” she cried to her parents. “How can he say that my godmother shouldn’t be a mom? That’s wrong!”

Clearly, much of the country shares Romney’s beliefs on gays not being parents and not being allowed to marry, or Romney wouldn’t have come so far.

But perhaps some of his supporters don’t agree with him on this issue, but think that his tax cuts will benefit them so much, they put this social issue at a lower priority.

So, if Romney wins:

I could be living in a country where my President thinks that I am part of the problem.

I could be living in a country where my President doesn’t support me and my persuit of happiness and love.

I could be living in a country where my son would be told that his President thinks that his life is not a good one and his parents are morally wrong and abhorrent, even.

This is not the country I want to live in.

Still think Romney not talking about ME specifically?

So all married moms and dads make good families? (I shouldn’t have to list this next part… but I’m going to…)

How about the married families where the father molested his daughter for 4 years and was involved in a child pornography ring….

How about the married families where the father beats the mother or children or both.

OH! These are extreme cases? Maybe Romney doesn’t mean them? But he is making a general statement saying that all children of married, straight mothers and fathers are better off….  he might as well say all people are better off being blonde and blue-eyed…. and I think you know where that leads… 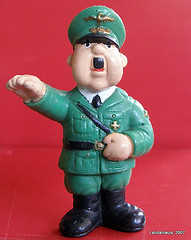 A good family is about love.

If you’d like to defend Romney and how he doesn’t mean me and how he supports all loving families, I’d be interested in your proof.

If you’d like to tell me, yes but, he’s going to really lower the deficit and cut taxes, I’m going to ask you if the money you may save in your life is worth this boy being told that America thinks his parents are sub par and unequal to any straight married parents. 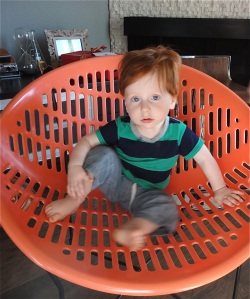 If Romney is your guy, keep your extra money and tell this child that America thinks that it was wrong for him to be brought into the world. 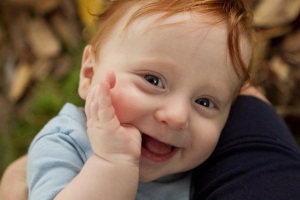 This entry was posted in ABOUT, SOLO STUFF. Bookmark the permalink.

12 Responses to IN SUPPORT OF SINGLE PARENTS