DON’T FLY WITH A COLD

Everyone tells you that, right? But what could really happen?

A few weeks ago, I flew with a cold.  Most likely unrelated, I got very motion sick. Then, the next day, I felt very dizzy and had trouble reading and… thinking. UGH. It was scary, you guys. After a week, I assumed it was from flying with a cold, but couldn’t help worrying if it was something else. Something very serious.

My GP said it was probably an inner ear virus and would go away. Then I went to an ENT who said everything looked OK (that’s what I was afraid of) and it didn’t sound like an inner ear virus, which usually involves nausea and vomiting, but it could be. Would I like to get an MRI?

I wanted one, but the doctor explained that I’d have all these other symptoms if it was more serious and I wouldn’t be seeing improvements.

It took almost 2 weeks for the symptoms to go away and during that time, I couldn’t read and I could barely sit at the computer… I found myself resting during Spense’s naps… and I liked it. There’s so much to do when the toddler sleeps; clean, pay bills, write, blog, work etc. but taking a two hour lie down is delicious.

My son has now decided that 5:20 is a great time to wake up, so I get him to bed around 7:30 and then I have to eat, shower and do stuff before 10… but not these last few weeks. I’ve just been resting. So nice.

So now, I am feeling better, but I don’t want to get back to doing stuff during nap. I’m actually tired. I’m telling myself I’m still healing from this inner ear virus or whatever. Or maybe it’s because Spenser has become a non stop destruction crew; tearing my small home apart in minutes and I’m exhausted from just trying to clear a path.

I’m not going to fly with a cold anymore, even though I never got a firm confirmation that’s what caused this. And, I’m just going to rest, if I’m tired. 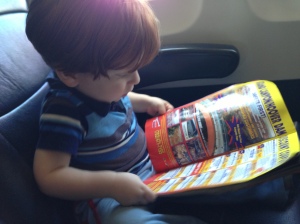 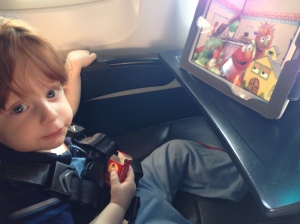 This entry was posted in OFF TOPIC and tagged flying with a cold, mom solo, single mom by choice. Bookmark the permalink.

3 Responses to DON’T FLY WITH A COLD