Yeah, there’s a part 4. (Read the story from the beginning)

I got a letter in the mail from Lola at the HOA. It basically said what I’d asked them to say: told the residents about the indecent with the CO leak, told them the case wasn’t solved yet but they thought it was caused by improper ventilation in the garage and told them to get a CO detector. It also said they were still searching for answers.

Unfortunately, the three neighbors I’ve asked haven’t gotten the letter. Either they didn’t get their mail from yesterday yet or they only sent the letter to me and are pretending they sent it to everyone to shut me up.

I still know they wouldn’t have sent it unless I pushed. I’m still angry at how they tried to minimize the situation. And I still don’t trust they they have my back.

Excuse me, I have a lot to do tonight like clean everything, put dinner away, work on my book, do sit ups etc… but I’m actually going to watch episode 8 of Orange is the New Black on Netflix because it’s really good!!!

Here’s a picture of my 28 month old son and me. 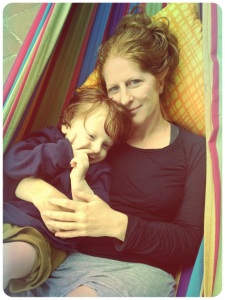 This entry was posted in MOM STUFF, OFF TOPIC and tagged mom solo, single mom by choice. Bookmark the permalink.