When I decided it was actually time to try getting pregnant, I was really scared and I felt like a freak; the reality of actually having my platonic best friend Dan, deposit sperm at a lab, then having it shot up inside me and then actually having a baby to raise all by myself just, all of a sudden felt crazy pants weird. Really? This was my life?

But I wanted to be a mom more than anything and I really wanted to try to get pregnant and… I was 40. It was my time. No more waiting.

The years of other people’s baby showers, being an auntie, giving birthday gifts… babysitting and nannying…  would it finally be my turn?

And then, what if I couldn’t even get pregnant?

I was a total mess of emotion, all the time… but no one knew it.  I kept all my plans a secret because I didn’t want anyone to say the wrong thing.

A few years earlier I had mentioned to a married/mom friend that I was thinking of doing this on my own and her first response was, “You know, children are very expensive.”  Her comment devastated me. I wanted her to scream with joy and to be excited for me and proud of me… but it felt like she was telling me I couldn’t do it without a husband. I was looking for support and I didn’t get it. And, yeah, I know children are expensive, but seriously, I’m going to regret being a mom because I have to spend a lot of money? 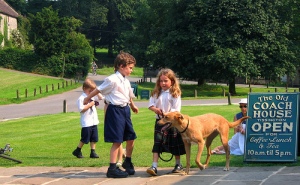 I knew I just couldn’t take the risk of talking about my plans anymore. I was too volatile and fragile. I needed to get strong on my own before letting people in.

But, though I was choosing not to tell my friends, I was desperate for camaraderie from women like me. I have known lots of great moms, but all had husbands (when they had kids, at least) and while they may have been empathetic, it was just different.

Certain I would find guidance on the internet, I Googled “choosing to be a single mom” and “single moms over 40” and found very little I could relate to; a few websites dedicated to alternative families, lots of sites for divorced moms and one site for single moms by choice.  I poured through it and was left cold… lots of women with cargo pants and Birkenstocks, hair gone naturally grey who seemed to live close to nature, smiled seriously. I imagined them serving wheat germ and soy milk to their kids as they played with their wooden toys. There’s nothing wrong with that picture or those women and their families – they just weren’t me.  But I joined the group anyway (because they said they were going to send me a care package.)  When the care package arrived, it contained, a book about not being ashamed of being a single mom, a container of hand sanitizer with a bank sticker on it and a pen from a sperm bank with glittery, little plastic sperm floating in it. The pen didn’t work. 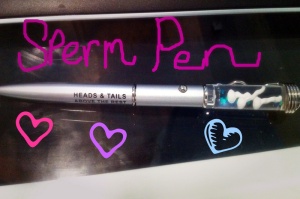 Where was MY role model? What about my favorite celebs?  Why wasn’t Mindy Kaling single and choosing to be a Mom Solo so she could tweet, “if you go to Sephora pregnant and tell them you’re single, they load you up with tons of stretch mark cream samples.”  Or what about Jennifer Aniston? She had certainly had enough media attention for being single and also wanting children. I think the headlines say “Poor Jen” every other week. I was just counting the minutes before I read that she was going to Mom Solo it.

Alas, not finding anyone to be my role model, I had to look inward; I decided to write everything down, finding comfort in my own recounts. The things people said to me, the nervousness, the disappointments, anger, hilarity and eventual strength have made this the most remarkable journey of my life.  Please enjoy and let me be your Mom Solo guide.

This entry was posted in ABOUT. Bookmark the permalink.